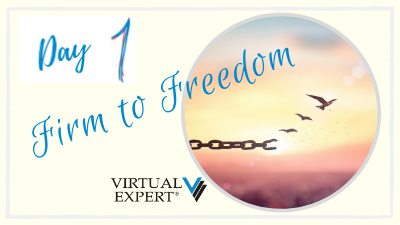 Well, Freedomfirm is a non-profitable human rights India-based organisation is the known fact, but other than that there are things to know about them. First of all, India has a very high volume of child and sex trafficking. 76% of all people trafficked into sex in India are women and girls.

How does it help the Nation?

Till date, 2 million women are traded or trafficked for sex in India. And to look further into this issue to protect the victims of trafficking by the government remains inadequate in India. But non- governmental organisations provide the majority of protection services to these victims. Such wise The Freedom Firm was created in 2006 by a small group with the aim of rescuing sex-trafficked women and girls throughout India to restore the victim’s identity and seek justice against those responsible.

Establishment of the firm

Former International Justice Mission director in Mumbai, attorney Greg Milstead and wife Mala decided to take that experience and apply it to other areas of high trafficking in India. For five years Greg worked for IJM as their Operational Field Director for Mumbai and established IJM’s first anti-sex trafficking work in India. At that time Greg built a team of investigators, lawyers and social workers who partnered with local authorities to rescue and bring justice to victims of sex trafficking.

And then they led on and participated in interventions that resulted in the rescue of over 450 victims of sex trafficking and the prosecution of more than 180 oppressors. In 2006, intent on achieving the successful restoration of each rescued girl and empowered by the valuable lessons they had learned from their time with Greg and Mala founded Freedom Firm. Combining Greg’s legal expertise with Mala’s creative passion and teaching background, Freedom Firm now work to rescue girls, bring their perpetrators to justice and walk alongside the survivors as they begin their journey to restoration. The base operation is in South India with a dedicated staff of 24 teach the girls- crucial life skills, pave the way for dignity through employment and foster healthy independence.

We have rescued children forced into prostitution and petitioned against their oppressors by identifying the victims of forced prostitution, by mobilizing law enforcement agencies to rescue victims and arrest perpetrators, by assisting the legal system in the prosecution of those oppressors also encouraged the victims to seek justice for themselves and to engage in effective rehabilitation. Since our foundation in 2006, we have rescued over 300 minor girls from the commercial sex trade. We are actively involved in restoring the lives of these young women to something meaningful.

Victimised women are keen to pursue some activities. In saying that if they had opportunities, then they would lead to a healthy life no matter how their past was. We encourage and help these women to gain more power who have chosen to put their painful past behind and look forward to a joyful future. We also have overseen the legal proceedings in over 100+ criminal court cases initiated against the perpetrators. We have achieved many convictions to date, and many of our pending cases have a strong potential for conviction.